As a racial justice movement once again sweeps across the U.S. and schools and companies promise more diversity in their ranks, there is one number that has continued to remain significantly low for years: the lack of Black professors at predominantly white universities. And many times the problem becomes a revolving door for universities.

Dr. Sherri Williams, an assistant professor in race, media and communications in the journalism division at American University says she is witnessing this and has experienced racism herself on campus.

“I do know people that I know and just generally Black professors who do have PhDs, who are in academia, they’re leaving predominantly white institutions because of the way in which they are treated,” said Williams, who started her career at Associated Press and still contributes to many national media outlets. “They are experiencing racism at various levels from basic racial microaggression to blatant racism, and they’re tired. So they’re leaving.”

Pew Research Center reported in 2019 that although diversity has increased in college faculty in the U.S. over the past two decades, faculty is still more likely than students to be white. According to the National Center for Education Statistics in fall 2017, U.S. college students were twice as likely as faculty to be Black and four times as likely to be Hispanic. Six percent of faculty members were Black compared with a 14% Black undergraduate population.

“The student population has become far more diverse than the faculty ranks have,” said Dr. Dorothy Bland, a journalism professor at the University of North Texas who served five years as the school’s Mayborn School of Journalism dean and was voted the “best dean” at UNT in the North Texas Daily Student Choice Awards Contest in 2018. Bland also served in various editing roles at USA Today, and worked at Gannett and as well as daily newspapers in Arkansas and Tennessee.

“Most of the professors happen to be male, and they will go to their network,” Bland said. “And if their network is not diverse, they’re less likely to encourage and enter and consider candidates who may not be from the same pipeline as they came from.”

Williams says when professors leave their job, they’re actually leaving a post of multiple jobs in one, including being the spokesperson for people of color at the university and a support system for students of color.

“They end up being the in-house racial expert, the in-house diversity expert,” said Williams. “So there are a lot of demands on their time to help solve institutional problems that have existed for decades.”

CHANGE IS MORE THAN TALK

While colleges such as Princeton and the University of North Texas have stated that they plan to become more diverse and inclusive with action plans, Williams says having a plan is not always enough.

“For those who do, I think that’s something to really take a look at,” she said. “But the culture of their campuses is not good and they need to make some serious changes if they want to not only recruit but also retain Black professors.”

Black students have also taken matters into their own hands, using activism on their college campuses to push administrations to reassess their diversity numbers.

Both Williams and Bland say that another reason diversity isn’t always increased in the pipeline is the preference of degrees over experience in choosing faculty.

The need for degrees is “often more valued than professional credentials,” says Bland who had more than 25 years of experience as a reporter, editor and publisher before becoming a professor. “And the way to change that is to make sure that students understand the opportunities in the academy, but also to bring in more professionals with substantial experience.”

And while tenure track is coveted for any race of professor, it’s even harder for Black people. Williams says that the ratings system is not always in their favor, due to an evaluation team sometimes coming to the conclusion that a Black professor is not the “best fit” for the university.

Nikole Hannah Jones’ recent denial and later approval of tenure at the University of North Carolina at Chapel Hill, despite winning a Pulitzer Prize for creating the New York Times’ 1619 Project, received backlash from many students and the public.

Williams says Black professors may also not get tenure “if mostly what they study and write about is about race, and if they’re being evaluated by people who don’t really understand their work or the positionality of their work.”

The Dallas Morning News reported that Texas universities have had less than 5% Black tenured professors, while the Washington Post reported in 2016 that 96% of Black college professors had tenure at HBCUs.

Williams says Black professors may also not get tenure “If mostly what they study and write about is about race, and if they’re being evaluated by people who don’t really understand their work or the positionality of their work, or if they are people who sent their work around rates and those are the people who are evaluating them.”

Black students appreciate having Black professors among their instructors because they have experiences they can relate to and give advice on how to navigate racism in their aspiring profession. 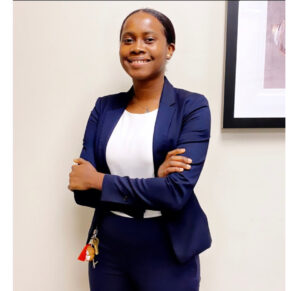 “Throughout my college years, I could count all my Black professors in one hand, and that’s very shocking, ” said Djenabou Barry, a Guttman Community College alum and City College student in New York. “I took over 120 credits, and that’s at least like with 20 classes and out of 20 you only get like five, which is a really unfortunate number.

“When I look at the professor, the person who looks like me, I tend to be more focused in the class,” she added. “I participate more, I tend to connect with the professor on a different level.”.

According to a study from researchers from Southern Methodist University and the University of California, Berkeley, enrollment has increased at HBCUs in states with rising hate crimes. 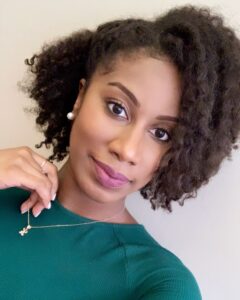 “I loved being in that space because it was like the only time really in my life that I didn’t feel like a marginalized person,” said Johnson, now a reporter at The Fayetteville Observer. After those two years, she transferred to the University of North Carolina at Charlotte and later attended American University for graduate school.

Johnson credits Black professors like Williams for being someone who she could connect with and vent to about certain experiences and struggles specific to being Black.

“It definitely was a plus to be able to go to a professor, a Black professor, and kind of talk about very personal issues or just be honest with them about how I was doing in class in a way that I wasn’t able and didn’t feel comfortable being honest with a white professor,” Johnson said.

At the end of the day, “representation matters,” says Bland.

ATLANTA – Journalism may be a field with key guidelines, but some professors must shift from the traditional framework to keep young, emerging journalists focused and on top of their game. […]

By Javier Sarmiento Jr. The annual NABJ Authors Showcase spotlights works that are creating a buzz and offers writers the opportunity to gain advice and insight from renowned authors.  The following participants spoke to the […]